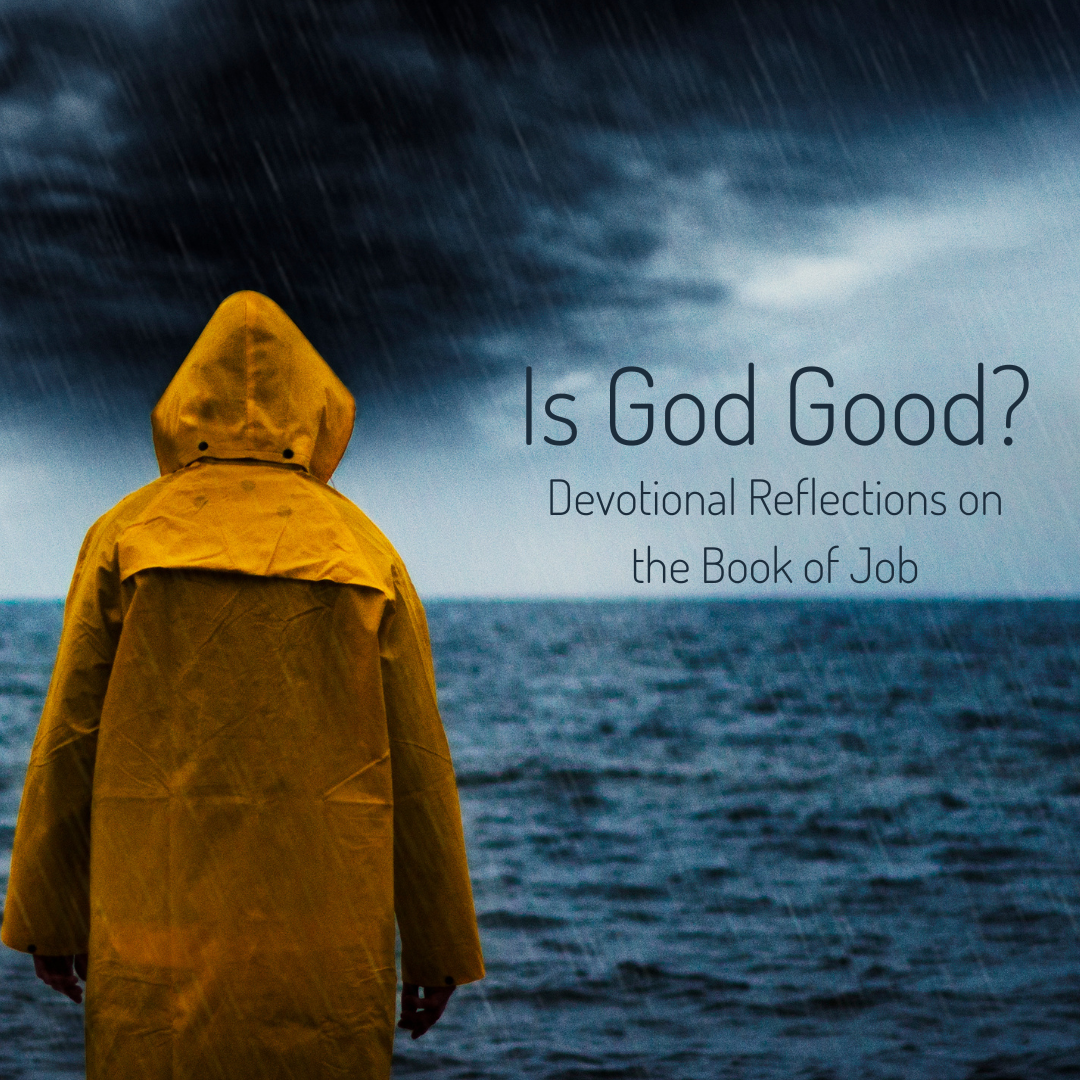 I’ve spent the last year of my life making some extra money by working at a horse farm.   This was a line of work that I had done in high school, but I had generally handled well-mannered horses that were pretty remarkably safe. I felt confident in my ability to handle anything these beasts could throw my way.

A couple of months into my work a massive thoroughbred arrived at the barn. Thoroughbreds are bred for racing. They tend to be spirited, energetic and often quite spooky.  This guy had spent most of his life as a stallion and as such could be aggressive.

He wasn’t at the barn long before he reared up on his hind legs and struck out another barn worker with his front hoof.  A truly dangerous situation. For a while, we had his owner come in and lead him in and out each day, but eventually I began to handle him again.

For the most part this horse has improved, but this past week I had to lead him in some less-than ideal circumstances.  As I led this horse through a large field, he bucked and kicked every few steps.  I was out of my element and the situation was feeling daunting and risky. As I arrived at the first gate, his owner arrived on the scene, and I called her over. As soon as I handed the lead line to the owner the horse immediately backed up and became compliant. He had little respect for me, but he knew his master.

Today’s devotional reminds us that God really is the master of all the world.  Evil may rage and rear at us, but once we give the Lord the lead it becomes little more than a pet on a leash.

For 37 chapters Job is in a situation that he cannot solve himself. His friends think it can be solved through effort. But this is too big for anyone. Elihu (chapters 32-37) thinks that he alone can resolve this.  If that was so the book would end.  But Elihu cannot.  Job’s friends cannot.  Job cannot.  God must enter in.

We easily believe talk can resolve anything too big for us.  The book of Job shows us we need another voice. We need something more.  Eric Ortlund writes in Piercing Leviathan

“At this point in the book of Job, the discussion at the human level has exhausted itself. If God stays silent, no resolution is possible. Michael Fox rightly says that [I]t is as if everyone believes that the terrible problems of existence can be wrestled to the ground by talk, lots of it. But they only talk their way into a blind alley. They accuse each other of being deaf, blind, and stubborn – and they are.”

No one can resolve Job’s problem. None of the human participants in the debate understands God’s ways in the world in such a way that explains why a godly man like Job would (apparently) be punished so terribly without insisting on claims that turn out to be completely false (either Job is wicked, or God is).

God Enters into The Conversation

God enters the conversation the way that Job’s friends do.  We can’t overlook the mercy of God to converse with Job. Again, in Piercing Leviathan, “The way in which God receives a similar introduction to Job and the friends is hopeful in another way: it implies that God is condescending to enter the debate entirely on its own terms, in a way understandable to Job, speaking like one of the sages and offering a disputation of his own.” This is what Job has been asking for.  But God gives a more comprehensive yet different answer than Job may have wanted.  But we are able to find it altogether satisfying.

God’s monologue is not meant to terrify, it is meant to communicate a picture of a “well-tended world.”  In chapters 38 and 39 He communicates through questions aimed at Job: God’s role in creation.  God reviews His own creative work throughout creation, both in the natural and biological to ask Job if he was at any of it.  He wants to know Job’s perspective on the contents of creation.  It is with a bit of irony that God keeps asking Job what role he played.  And the intention is to ask Job if he fully knows what’s happening.  Does Job have the full picture? God asks Job,

4 “Where were you when I laid the foundation of the earth?

Tell me, if you have understanding.

5 Who determined its measurements—surely you know!

Or who stretched the line upon it?

6 On what were its bases sunk,

or who laid its cornerstone,

7 when the morning stars sang together

and all the sons of God shouted for joy?

For two chapters God asks Job about creation.  And Job’s response is that he will remain silent.  He has given up his right to speak and with that, God continues.

God’s Assessment of and Deliverance from Evil

Chapters 40 and 41 deal specifically with two creatures, the Behemoth and the Leviathan.  These are biblical words and are meant to embody something large and looming and dangerous.  God, moving from a well tended world, shows Job the place of chaos and evil within it.

The Leviathan and Behemoth are water dwelling creatures. The world view in the Ancient Near East is that anything that dwells in water is bad. The sea and the deep are chaos and bad.  Anything in them is chaos. Water equaled chaos and anything in water was chaotic.

God will limit it; he will shut it up.

Look at how God begins speaking about the Behemoth and Leviathan:

I will question you, and you make it known to me.

8Will you even put me in the wrong?

Will you condemn me that you may be in the right?

and can you thunder with a voice like his?

10 “Adorn yourself with majesty and dignity;

clothe yourself with glory and splendor.

11 Pour out the overflowings of your anger,

and look on everyone who is proud and abase him.

12 Look on everyone who is proud and bring him low

and tread down the wicked where they stand.

13 Hide them all in the dust together;

bind their faces in the world below.

God is preparing for Battle. Covering Himself and adorning with majesty.  And then he confronts an enemy. He comes before both Leviathan and Behemoth to communicate His victory over evil and chaos.

These creatures, as pointed out in chapters 40-41, are untouchable by human standards.  God is specific to communicate that they are overwhelming to any human. Look at Job 41:1-5:

1 “Can you draw out Leviathan with a fishhook

or press down his tongue with a cord?

2 Can you put a rope in his nose

or pierce his jaw with a hook?

3 Will he make many pleas to you?

Will he speak to you soft words?

4 Will he make a covenant with you

to take him for your servant forever?

5 Will you play with him as with a bird,

or will you put him on a leash for your girls?

Again, God is asking Job these questions.  And He is asking Job whether or not he can control Leviathan because He wants Job to know that God Himself can very much control Leviathan. God has complete control over Leviathan and Behemoth.  These creatures are larger than life and just as dangerous.  They cannot be controlled or caught by human ability. But God can domesticate, and limit, and destroy them.  He is almost playful in His language against the chaos and evil in the world. In 41:5 He asks “Will you play with him as with a bird, or will you put him on a leash for your girls? “Not that God is glib, but it shows just how completely and easily God can deal with everything we cannot.  God will remove them and bring order. “It is difficult to imagine a more effective way of both showing the power of Leviathan and at the same time demonstrating his complete inferiority to God.” Now My Eyes Have Seen You: Images of Creation and Evil in the Book of Job.

Job understands based on what God has done and what He has power over. He understands God’s sovereignty over the universe. Job was blaming chaos on God and hoping for it everywhere else. God is showing Job in his second speech that chaos is other than God and needs to be dealt with separately and with someone greater.

We need to know how clearly and joyfully and completely God will destroy evil. Again, from Piercing Leviathan:

“Far from God being put on the defensive or having to react to some contrary force, Behemoth is the best and most glorious instance of God’s ability and joy in defeating evil for those who (like Job) trust him when they suffer. In other words, terrifying evil is ‘Exhibit A’ for God to show how easily, how joyfully, he defeats everything that opposes him and oppresses his saints.”

We see in God’s speeches that He has created a well tended world and will extinguish evil over the control He has on it.

The question from the beginning of this study is, “is God good?”  God has shown that He created things in order, tends to them well and has complete control on evil.  While things happen beyond our understanding and beyond what feels like  to our benefit, it does not limit God’s goodness. Even though we experience chaos and evil and darkness in our lives, it does not mean that God does not have complete control over it and will eliminate it someday.

Until then we can be reminded in faith that elimination of evil is not required for the expression of love.