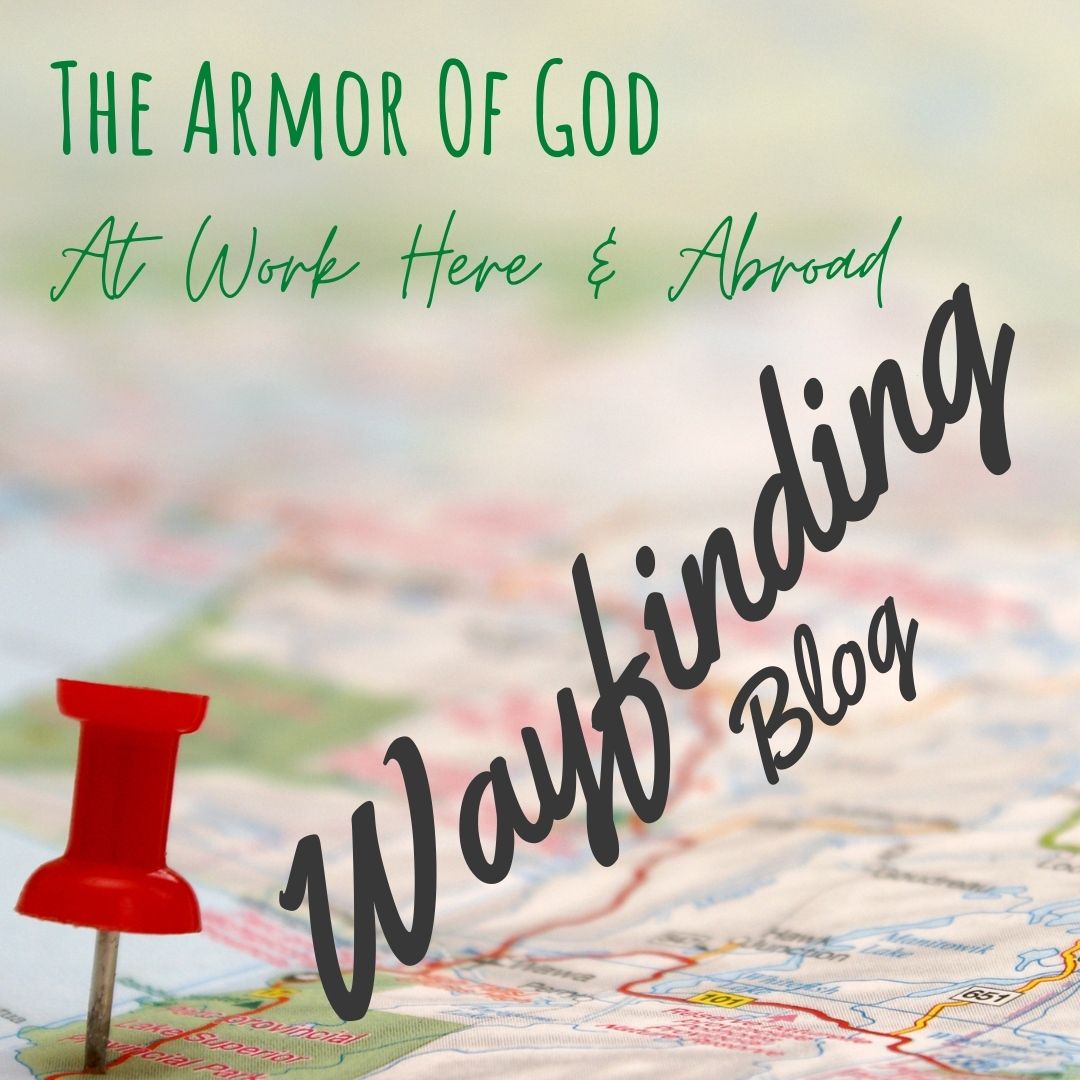 Humanity’s true struggle is not against flesh and blood but is against evil, spiritual forces in heavenly realms. In Eph. 6:12 Paul is emphasizing that people are not our ultimate problem, the battle that Christians face every day is rooted in the schemes of the devil, in his efforts to deceive us.  He is happy for you to picture him as a cartoon character with a red jumpsuit with horns and a pitch fork so that you do not take him seriously. The devil’s demonic realm watches your game film, they know your history, your weak spots and your sin patterns.  Their goal is to keep you from experiencing God’s will for your life.

We have to fight spiritual with spiritual, because our human strength won’t work.  Our only hope is to be strengthened by the Lord and to put on the full armor of God.  Through the cross and resurrection of Christ, victory is already won. The devil has lost and the only power he has is the power you give him.  If we will wear the armor of God the enemy has no way of winning as he is already defeated.  The armor protects us from seen and unseen dangers!  I love the Shield of Faith which extinguishes all the flaming arrows of the evil one.  Acting in faith is like activating a divine fire extinguisher.

Living in Burkina Faso and working with Animistic People Groups, putting on the armor of God was real every day!  You saw the enemy at work through all the sacrifices and witchdoctors and curses put on people. I knew the shield of faith was protecting me as the enemy wanted to stop the preach of God’s love.  We wanted to reach a new people group called the Pougouli.  There were no Christians in this tribe back in 1998.  The first night of evangelism in Yerefin we had our first 13 Pougoulis come to Christ.  The next night during evangelism a big black snake showed up in the middle of our group, headed towards the pastor who was preaching.  No one moved to Kill it but when it reached the pastor he killed it.  After the service the pastors were looking at the snake and they cut it open and I was surprised to see it had no insides or blood?  How could this be, I saw it slither across the ground, it had flesh and scales?  The pastors explained to me it was a snake made by the witchdoctor. He could take a piece of rope or cloth and transform it into a snake and then put a spirit in the snake to motorize it to go and kill the person he was cursing.  He intended it to kill the pastor to stop the people from coming to Christ, but remember Satan is already defeated at the cross.  This allowed the people to see they no longer needed to be captured by fear of the enemy, but there is one called Jesus who would protect them!  The next 3 nights we had over 100 Pougoulis come to Christ.

With that same people group, we went in to share Jesus and the witchdoctor poisoned the well we were to drink from so that we would die.  We did not know this and three days into our evangel. ism all of a sudden people started come asking for the same Jesus we had.  They knew we had been poisoned but were still alive and they knew this Jesus had protected us, and they wanted this Jesus. We need to put on the armor of God, He will protect us from all attacks weather visible or invisible.

Paul finishes with prayer, the divine means of putting on our spiritual armor.  Prayer must be woven into all of our life.  We need to stay in regular communication with God.  We all need prayer and we need to pray for one another!  God will move in your life and the lives of others to the degree that we are willing to pray and stay in constant communication with God!  God bless you!!!